Show us your Apricots, and Fight Those Winter Blues 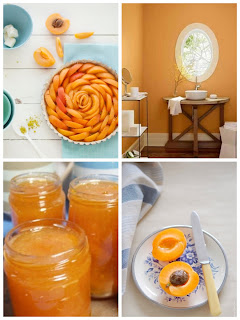 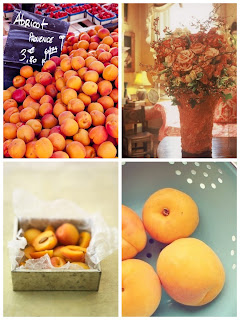 When we woke up this morning, both the sky and BBC weather told us the rain wasn't going to stop all weekend. By 8am, a severe case of the winter blues had descended on 57 Gloster Road, the rabbit had already had two sneezing fits and we were almost out of Earl Grey. That was, until a little ray of apricot sunshine emerged from the kiln in the shape of a one-off ring topper commission. 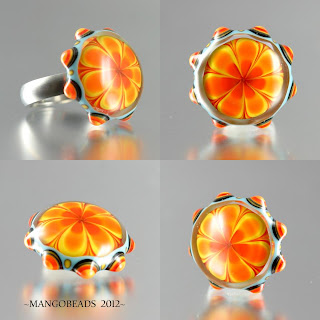 After many "likers" and comments on Facebook, we've decided to launch an Apricot Sunshine Bead competition judged by Anita and Elias at Unikal Glasdesign.

Here's the idea: Create a bead or a collection of beads that are predominantly apricot yellow (for the commission bead Effetre Special 591419 was used).

The closing date will be 25th January, so when Christmas has passed in a blur, you've tossed out the last of the tinsel and you're 100% sure it really is just wrappers left in the quality street tin, there's still time to get making.

Email your entries to info@mangobeads.co.uk

Once we have your entry, we'll add it to the Apricot Sunshine Bead Competition Pinboard on Pinterest.

We'll also be adding more images to the Apricot Inspiration Pinboard all the time, so if you're in need of any inspiration, head on over.